The next Girls`Day will take place - albeit predominantly digitally.

In 2001, the first Girls'Day - Girls' Future Day took place in Germany. The Federal Ministry of Education and Research, the German Trade Union Confederation and the Initiative D21 jointly launched this nationwide campaign. From the beginning, it was coordinated by the Kompetenzzentrum Technik-Diversity-Chancengleichheit e.V.. The first impetus for Girls' Day came from the women's technology networks, inspired by the example of the former American "Take Our Daughters To Work Day". Since 1993, schoolgirls in the USA have been visiting the workplace of their parents or acquaintances on this day. Some companies in Germany have already organised such a day based on the American model (Lucent Technologies, DESY, etc.) and have had good initial experiences. The magazine EMMA supported the concept; likewise, the Hamburg Daughters' Day was initiated after this model in 2001. 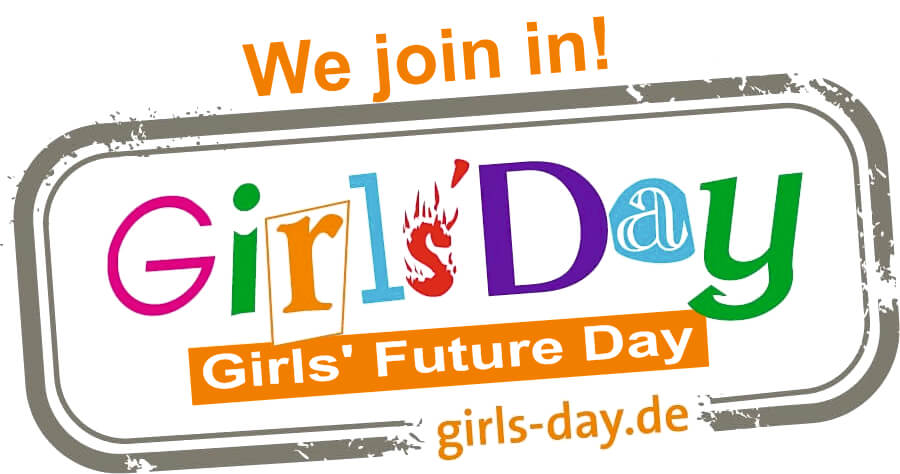 On Girls' Day, schoolgirls can gain insight into occupational fields that girls rarely consider in the process of career orientation. First and foremost, technical companies and departments, as well as universities, research centres and similar institutions offer events for girls on Girls'Day and enter them in the Girls'Day radar in advance. Using practical examples, the participants experience in laboratories, offices and workshops how interesting and exciting this work can be.
On average, girls have better school-leaving qualifications and grades. Nevertheless, more than half of the girls choose from only ten different apprenticeships in the dual system - not a single scientific-technical one among them. Women are clearly underrepresented in courses of study, such as engineering or computer science. This means that they do not make full use of their career opportunities; however, companies are increasingly lacking qualified young people, especially in technical and technology-related fields.